A recent poll by Tulchin Research finds California voters strongly in favor of the Millionaires’ Tax ballot measure being advanced by the Restoring California Coalition. The proposal, which would raise $6 billion annually to restore funding to education and other essential services by raising the income tax rate on those with annual incomes over $1 million, is supported by over two-thirds (67%) of California voters and opposed by fewer than a quarter (24%). 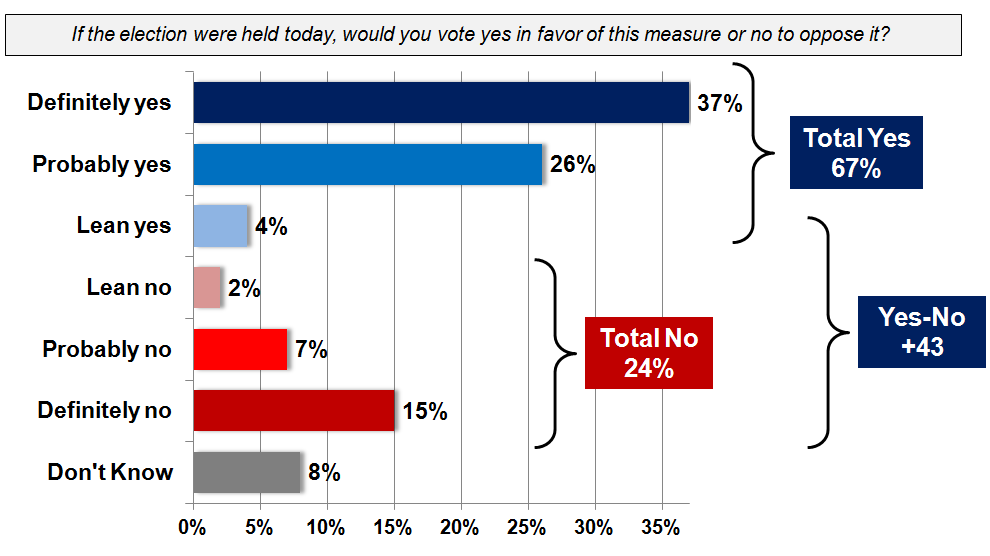 The Millionaires Tax is the ONLY statewide revenue measure currently being pursued that would not raise taxes on anyone earning less than $1 million a year. The measure is fully vetted, with Tulchin Research conducting an unprecedented amount of public opinion research on fiscal issues and tax policy, and represents the strongest proposed statewide revenue measure with the best chance of success in the November 2012 general election.

Pollster Ben Tulchin said: “The Millionaires Tax draws the highest support for a revenue ballot measure title and summary that I have ever seen. This unprecedented support is driven by the fact that California voters are very concerned about cuts to education and other essential services and strongly believe the rich have gotten richer in recent years and are not paying their fair share in taxes.”

Restoring California is a broad coalition of educators, unions and community groups looking to restore critical funding to schools and universities, essential services for children, seniors, and public safety, as well as start rebuilding the state’s crumbling roads and bridges. It asks the wealthiest Californians — people who earn over a million dollars per year — to pay their fair share to help rebuild the state.

Join the campaign on http://www.millionairestaxca.com/.