Listen up, candidates for office in California: Independent voters care about the environment and progressive issues.

A groundbreaking new Tulchin Research statewide poll of California voters who decline-to-state (DTS) an affiliation with any political party reveals the strong environmental and other progressive values of this poorly-understood but growing bloc of voters. The poll was commissioned by the California League of Conservation Voters Education Fund. 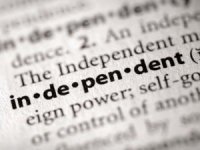 This in-depth survey is the first of its kind to explore in detail DTS (or independent) voters’ opinions on many of today’s most controversial political and environmental issues and that is being shared with the broader public.

With DTS voters increasing from 15 to 20 percent of California’s electorate just since 2006, the purpose of the public opinion survey was to better understand this influential swing and rapidly growing voting bloc and its attitudes toward environmental issues and other timely topics.

Capitol Weekly was one of the first to cover the results of this groundbreaking poll:

“Two out of three of California’s decline-to-state voters consider themselves conservationists, believe climate change is a growing problem that needs to be addressed and say environmental regulations provide critical protections for air, land and water, according to a new survey.”

The statewide survey commissioned by the California League of Conservation Voters Education Fund is “the first of its kind to explore in detail DTS voters’ opinions on many of today’s most controversial issues and that is being shared with the broader public,” the group said in releasing the results.

The survey found that DTS voters are solidly pro-environment and support a wide range of conservation policies:

“I was impressed with just how consistent and intense DTS voters in California were in their pro-environment and progressive values. These survey results clearly indicate to any candidate running for office in California today that strongly supporting tough laws to protect our air, land and water is a very effective way to win over DTS voters.”

Warner Chabot, CEO of CLCV Education Fund (and CEO of CLCV), stated in a press conference today that candidates for office in California ignore the results of this poll “at their peril,” noting that in the last decade decline-to-state voters have doubled in size, comprise the majority of swing voters, and are the fastest-growing voter bloc in California.

Considering the new dynamics of California elections, including redistricting and the new top-two primary where independent voters could swing the results one way or another, many political experts believe there are more state Assembly and Senate districts up for grabs in the 2012 elections than in any year in the past two decades. According to the most recent report from the secretary of state, about 3.5 million California voters declined to state a political preference. “This nonpartisan group of voters now holds considerable electoral power,” said Warner.

“The progressive and pro-environment values exhibited by this influential and growing segment of our state’s electorate will have profound implications for the future of environmental protections and public health in California in 2012 and beyond.”