A new Tulchin Research poll finds voters in the Orange County city of Costa Mesa, CA strongly oppose a plan by the City Council to outsource city services and lay-off nearly half of the city’s workforce.

The Orange County community has become the latest battleground in the fight between right-wing politicians and public employees, following the City Council’s recent decision to outsource 18 services currently provided by the city and send pink slips to nearly half of all city workers.

Our poll finds a strong majority of this conservative city’s likely voters (59%) oppose this plan, including 44% who strongly oppose it. Furthermore, voters like it even less after learning about the magnitude of the lay-offs and that the city has no plan to cut compensation for its highest-paid bureaucrats. 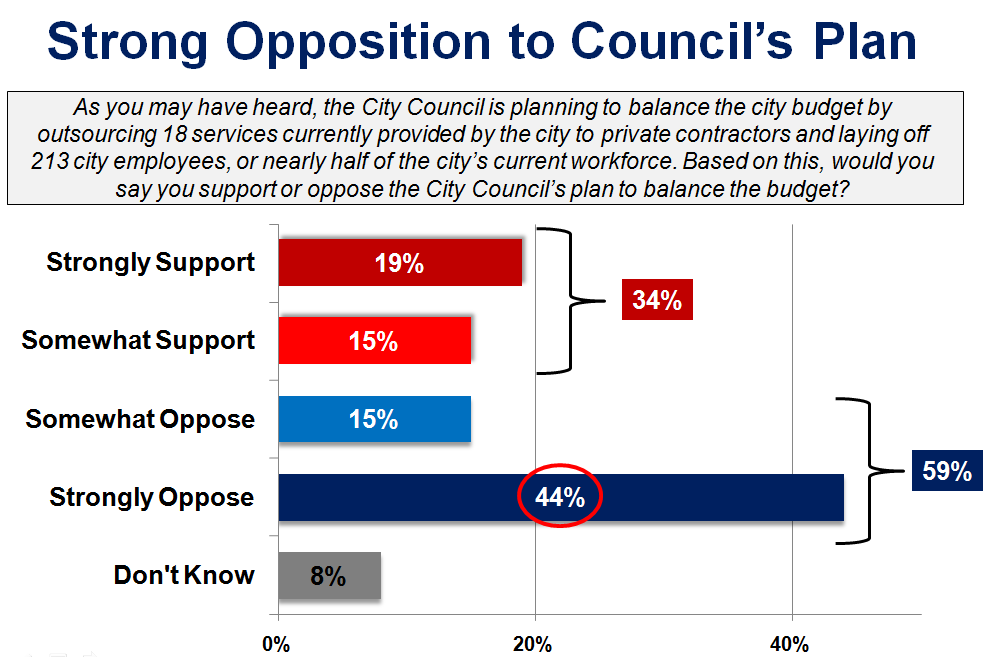 Learn more about the battle for Costa Mesa’s future at www.repaircostamesa.com.

Read the coverage of our poll in The Daily Pilot. Read other coverage of this major issue in The New York Times and The Washington Post.