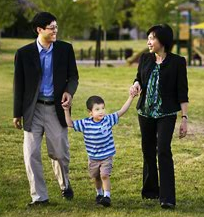 A recent survey by Tulchin Research finds a very close race to succeed Roger Niello in California’s 5th Assembly district, with Democrat Dr. Richard Pan well positioned to win in November. Dr. Pan begins the horserace in a statistical tie with Republican Andy Pugno, and the educator and physician takes the lead in a simulated campaign. Voters respond positively to Pan’s message whereas Pugno fails to gain any traction over the course of the survey.

The race is currently in a statistical dead heat: When voters are asked whom they are supporting for State Assembly at the outset of the poll, before they are given any information about the candidates, the vote is within the margin of error. Richard Pan attracts 40 percent of the vote while Republican Andy Pugno draws 44 percent, with the remaining portion of the electorate (15 percent) undecided.

Pan takes the lead once voters learn more about the candidates. After hearing positive messages about both candidates, Pan takes the lead with 47 percent of the vote while Pugno remains stuck at 44 percent, unable to grow his vote total.  The number of undecided voters drops significantly to less than one in ten voters (9 percent).

Pan expands his lead after voters hear negative messaging about both candidates. After hearing negative messages about each of the candidates, Pan more than triples his lead. In the final vote in the survey, Pan leads Pugno by a margin of 49 percent to 39 percent, with one out of ten voters undecided (10 percent).  This lead is outside of the survey’s margin of error.

This poll clearly shows that educator and physician Richard Pan starts the race in a very competitive position, that voters respond strongly to his record and accomplishments, and have serious reservations about his conservative Republican opponent Andy Pugno.  Considering these findings, Richard Pan is in a strong position to win the election and become the next State Assemblyman from California’s 5th District.